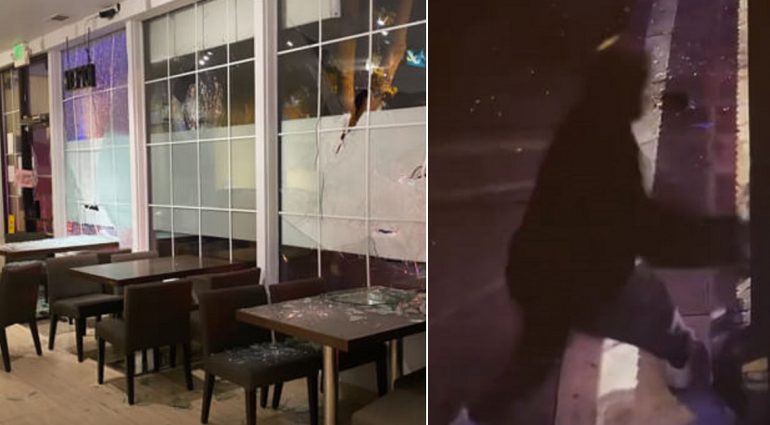 The attacker initially left the scene but rushed back shortly after and started smashing windows again. Both Vegan Deadly Sins and neighboring boba teashop Etea had their windows smashed out.

Thankfully, none of the customers were injured as they quickly moved away while the windows were being smashed, according to ABC10.

“We were so sorry to our customers who were with us tonight and thank so much that they were really supportive and understanding,” Vegan Deadly Sins posted on their Instagram.

The vegan restaurant plans on reopening on Friday, 2 p.m.

ABC10 interviewed the restaurant manager as the staff cleaned up the mess throughout the night. The manager believes the African-American male was a transient—someone they’ve never seen before.

The suspect was arrested shortly after the incident.