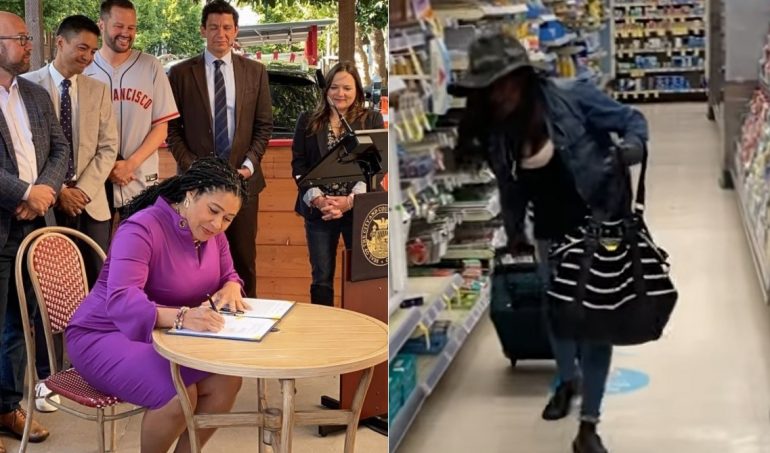 SAN FRANCISCO, California—It’s an understatement to say shoplifting in the Bay Area is an epidemic, however, Mayor London Breed says not to mistake San Francisco’s kindness for weakness.

“We are better than this,” Mayor Breed stated. “There has to be consequences because we can’t continue to allow what we see as lawlessness continue to dominate our City.”

The statement by Breed is a complete 180 degrees of what she said about Target reducing its hours of operation due to shoplifting concerns earlier this year.

“It is sometimes disappointing to see maybe one line open and hardly any employees working at the register or even at the doors. So, I think part of it is a combination of us working together, and them having the right security and the right staffing in order to make sure there’s better customer experience,” Breed stated to FOX2.

Those Target employees are still susceptible to being arrested for assault if they physically stop shoplifters stealing under $950 worth of merchandise.

Retailers will finally be able to include “suspect description” when filing an online theft report. However, don’t be surprised if that option “mysteriously” doesn’t work if it doesn’t fit the city’s narrative.

The City’s ambassador program will expand from 8 to 25 employees (retired SFPD officers) and finally extend beyond Union Square, according to ABC7.

That’s it, three things. Increase theft unit from two to six members, allow retailers to finally include “suspect description” when filling out an online theft report, and increase the ambassadorship program from 8 to 25 employees.

Earlier this year, Walgreens permanently closed 17 of its stores in the area, CVS employees were specifically told not to intervene shoplifters-in-progress.

One Chinatown San Francisco resident explained, “This place is like Africa. I’ve seen a guy defecate on the corner of Stockton St, pull up his pants, walk into a convenience store, steal a pack of toilet paper, wipe his a** inside the store, and walk back out. No one did anything, the store employee didn’t even call the cops.”

Were you expecting tougher policies and longer prison sentences for thieves and degenerates? You’re crazy, this is San Francisco, the Poop Capital of the World.