Parents Charged After Leaving Baby Inside Hot Car While They Shopped 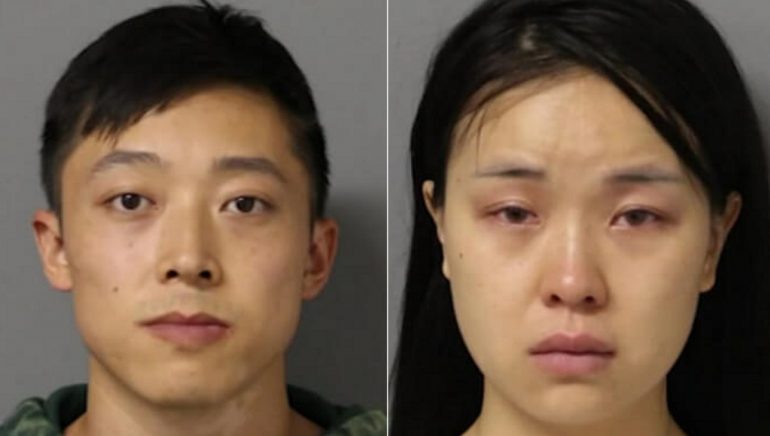 MANHASSET, Nassau County—A mother and father are facing charges after they left their baby in a locked car in the parking lot of a mall in Nassau County, reports ABC7.

The 1-year-old child was found alone, crying, and sweating, in the back of a Mercedez-Benz outside the Americana Mall in Manhasset Tuesday afternoon.

Police arrived on the scene after two eyewitnesses tried breaking into the car to get the child out, but were unsuccessful. Responding officers were able to break a window with a department-issued knife and successfully got the child out of the car, according to ABC7.

Authorities believe the child was inside the car for about an hour and is expected to be okay.

The child’s parents, 34-year-old Jingcai Zhou and 28-year-old Lu Lu are being charged with Reckless Endangerment 1st Degree and Endangering the Welfare of a Child.

The couple told authorities they set their phones to alert them to check on their baby every so often, reports ABC7.

“They were shopping… their answer was, well we checked on him every 25 minutes,” Nassau County Police Commissioner Patrick Ryder stated. “Most of us have children. You leave a 1-year-old child alone for 30 seconds, the world changes.”

ABC7 obtained the criminal complaint, which stated the baby was “breathing heavily, sweating profusely, and at grave risk of death,” when he was rescued.

“They were in the Americana Mall, it’s a high-end shopping mall, as we all know, so I guess they were too busy shopping than worrying about their 1-year-old child,” Ryder said.