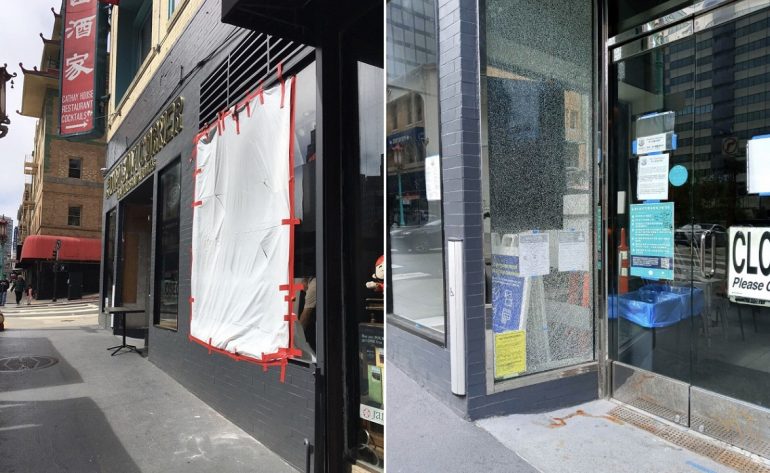 Barreto allegedly committed a string of racially motivated offenses between April and August of this year. Many of the acts have been captured by surveillance cameras.

“We absolutely do not tolerate violence or hate in San Francisco. Chinese-owned businesses should be able to operate without fear of being racially targeted by vandalism, burglary, or harassment,” Boudin stated. “We stand with San Francisco’s AAPI community against hate and will do everything in our power to make sure everyone is and feels safe.”

Barreto allegedly rode around the city on a scooter and shattered the windows of 20 separate stores using a slingshot, pipe, or hammer. Chinese-owned businesses along Ocean Avenue and the Mission were targeted.

“Since the beginning of the COVID-19 pandemic, we have seen a deeply concerning increase in the incidence of hate and violence against the AAPI community,” Boudin said. “We will not stand for it and we will do everything in our power to stop it.”

Anyone who may have witnessed or experienced a hate crime should call the San Francisco District Attorney’s Hate Crime hotline at (628) 652-4311.