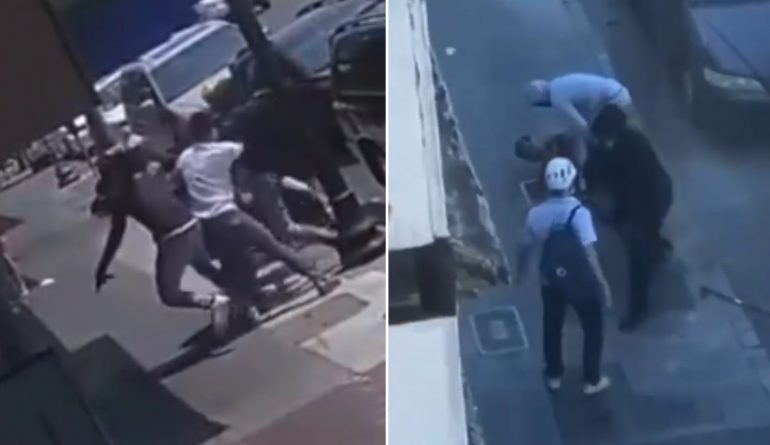 During a press conference on Tuesday, August 10, Oakland Chinatown Chamber of Commerce President Carl Chan along with other neighborhood leaders said Chinatown has been hit hard with violent crime from non-Asian forces this past year.

“Governor Newsom, we want you to declare a state of emergency for the city of Oakland. We want you to bring in the California Highway Patrol,” Chan said, reading from a letter he sent to Newsom demanding action, according to CBS San Francisco.

Chan believes the increase in crime is due to the “defund the police” rhetoric spewed by the Democratic party. Los Angeles, Chicago, and New York have also seen massive increases in crime.

Asian Crime Report reported an African-American man threatened an elderly Asian grandmother and told her to go back to China near St. Mary’s cathedral around 9:30 a.m., August 10. After chasing the poor woman, she begged for her life repeatedly as the man tried to push her down the stairs and kill her. However, the assailant took pity on her and decided to attack a nearby Asian man instead.

A few days earlier another home invasion took place in the Excelsior District in San Francisco on Munich Street. The Asian household was robbed and one of the robbers pointed a gun at a 10-year-old Asian girl’s face, according to Asian Crime Report.

An African-American man shot a young Filipino man in the Mission District after he refused to hand over his iPhone and wallet. The Filipino man was shot multiple times and suffered serious injuries. Some of his injuries are expected to be permanent, however, he is expected to survive.

Another Asian man was robbed at gunpoint while he was sitting in his car in the SOMA district by two African-American males, reports Asian Crime Report.

According to Chan, Oakland has seen 77 homicides in 2021 alone as well as Asian elders being repeatedly attacked and robbed by the African-American community.

“The rash of shootings, carjacking, assaults, and robberies hold the city of Oakland hostage,” said Chan.