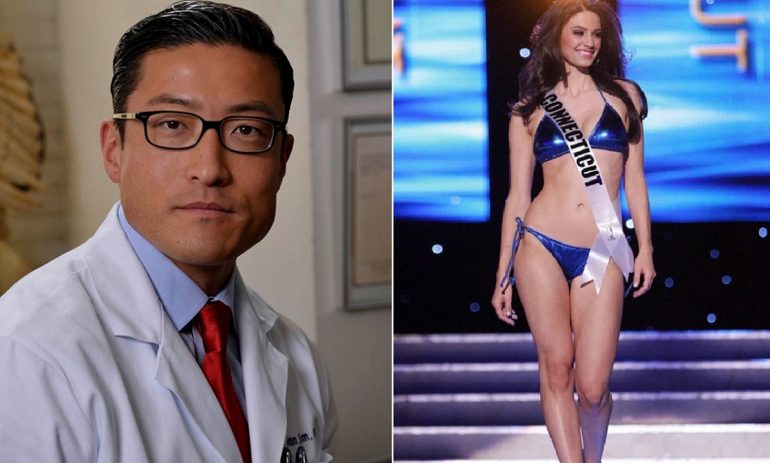 NEW YORK CITY—Spine Surgeon Dr. Han Jo Kim’s divorce was quickly settled on Monday after finding out his beauty-queen wife was moonlighting as a high-priced call girl, according to the New York Post.

In a stunning 264-page filing in Manhattan Supreme Court, the 41-year-old spine surgeon sought to annul his marriage to former Miss Connecticut USA 32-year-old Regina Turner—claiming she was shiesty by hiding her “secret life as a prostitute for wealthy men.”

Divorce papers were filed back in December 2020 after Dr. Kim found a racy text message from another man on a computer in the couple’s Upper East Side home, reports the New York Post.

Turner’s financial records showed $675,030 in cash deposits from 2015 to 2021—with a majority of checks coming from a New Jersey real estate executive.

“It remains inconceivable to plaintiff that given his substantial earnings as a spine surgeon, and his enormous generosity to defendant, that defendant continued to sell sex for money during the marriage,” the complaint alleges.

Dr. Kim is a multimillionaire.

Turner, who was crowned Miss Connecticut USA in 2011, allegedly conned Kim while the pair dated, telling the surgeon that she was working on an app supported by a wealthy investor, according to the New York Post.

Kim did find the story a bit odd and asked Turner how she was supporting herself while the app was being developed. She claimed she was living off a $500,000 inheritance from her great-grandmother, reports the New York Post.

Turner allegedly covered up her secret sex work by telling Kim she was going out with girlfriends or had to travel for work. She also lied about her education. She told Kim she had been a chemistry major at the University of Connecticut for three years until she took a leave of absence to compete in the Miss USA Pagent.