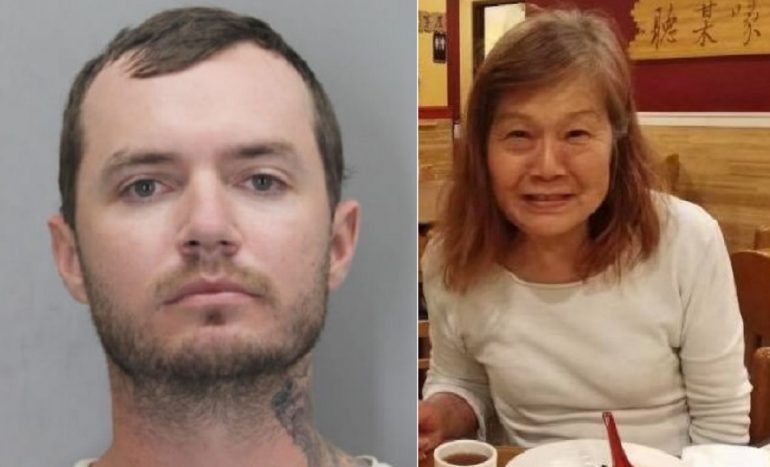 FAIRFAX COUNTY, Virginia—Police have arrested 25-year-old Brian George Sayrs Jr. in connection with the disappearance of 72-year-old Emily Lu. Sayrs has been charged with second-degree and felony concealment of a body, according to Crime Online.

Emily Lu disappeared back on June 3, more than seven weeks ago, after shopping at an Aldi market in Woodbridge, Virginia, about 20 miles southwest of Washington D.C. Her vehicle was later found at home with groceries still inside the car.

Authorities ascertained the location of Lu’s car also showed signs of blood and a clean-up attempt.

Turns out, Sayrs was one of Lu’s tenants. He called detectives Friday night, met with them, and immediately brought them to an area where they later found Lu’s body, according to Maj. Ed O’Carroll of the Fairfax County Police Department.

Her body was found in a forested area in Lorton, Virginia about two miles from her home. Authorities have yet to determine the motive behind Lu’s murder.

“This murder is tragic. This murder is heartbreaking. Emily didn’t deserve what happened to her. She did nothing wrong,” O’Carroll stated to reporters.

Police did confirm Sayrs was a person of interest throughout their investigation and brought him in for questioning at one point.

Lu was murdered inside her own home and her body was later moved to the woods. Sayrs most likely knew the police had strong evidence linking him to Lu’s murder and that may or may not have been a contributing factor in his decision to turn himself in.

Lu was a retired software engineer and decided to be a caretaker after retirement because she loved taking care of people, according to her daughter, Jenny Ball. When she failed to show up for work the next day, a welfare check was requested by her employer.