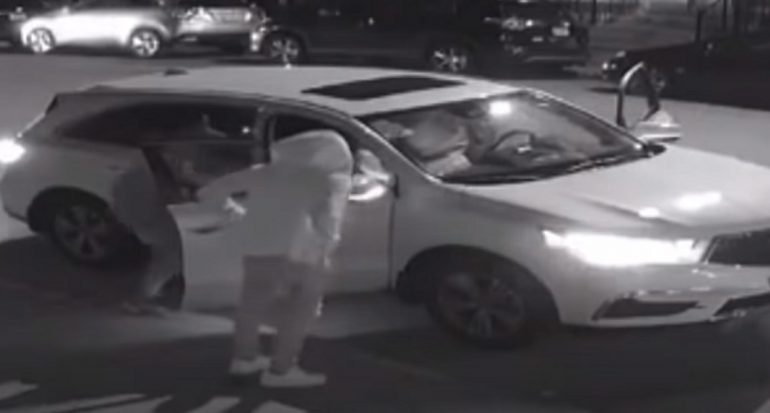 Chinatown has been experiencing so much crime, a private security camera system was installed throughout the neighborhood to deter crime. Instead of deterring crime, the camera system is simply recording some outrageous acts by fearless criminals.

According to FOX32, a couple was in a parked white Acura SUV on 23rd Street near Princeton Avenue Wednesday night, July 14, when they were surrounded by four people.

The suspects were described as three males and one female—all African-American, according to sources.

The group of thugs can be seen getting out of stolen Dodge Durango with Illinois handicapped license plates.

They’re seen running past two people on the sidewalk toward the victim’s car while the Durango drives in front of the Acura to block it in. The four suspects can then be seen opening the doors of the Acura and stealing items from the victim’s pockets, reports FOX32.

After getting everything they wanted, one of the suspects fires a shot, striking the male victim in the hand.

That very same day, a 61-year-old woman was beaten and robbed in the 2100 block of South Tan Court near Chinatown Square at around 12:20 p.m. According to FOX32, two offenders punched the Asian woman, robbed her, and fled in a vehicle.

Neither the vehicle nor the racial description of the suspects were given in that robbery.