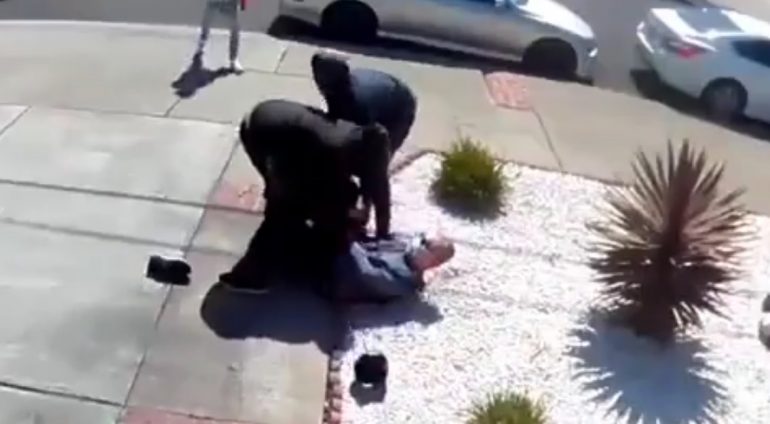 SAN LEANDRO, California—San Leandro Police Department arrested an 11-year-old and 17-year-old on Wednesday around 1:50 p.m. for the attack and robbery of an 80-year-old Asian man, according to ABC7.

“We are thankful that we were able to capture these juveniles safely and expeditiously,” stated Lieutenant Ali Khan.

“Additionally, the 11-year-old male was driving a carjacking vehicle that was stolen on May 10 in Oakland,” police added.

Reporter Dion Lim’s sources claim the 11-year-old boy has an extensive criminal record. On April 12, he was arrested for committing several robberies and carjackings and was also involved in two other robbery sprees.

After the 11-year-old was arrested on Wednesday, he was released into the custody of his mother due to his age, reports ABC7.

Investigators are looking into other possible crimes the 11-year-old and 17-year-old may have committed recently. They say a similar car used by the boys was seen in another strong-armed robbery in San Leandro less than two hours after the 80-year-old Asian elder attack.

According to ABC7, the victim in that attack was described as a younger woman who was robbed of her purse.

The 80-year-old Asian male sustained minor injuries and was robbed of a watch in the incident. He believes his assault was racially motivated.

With this recent wave of attacks, the African-American community demands Asians come to the table and set these incidents aside for the greater good and for the sake of unity.

The wrongdoing is not coming from the African-American community; it’s the Asian community’s inability to forgive and forget these attacks. “Attributes they lack because they Buddhist and not Christian. They lack altruism because they believe in a false god and once again Black people are blamed for that. Typical.”