VANCOUVER, British Columbia—Last year, more anti-Asian hate crimes were reported to police in Vancouver, a population of 700,000 people, than in the top 10 most populous U.S. cities combined, according to Bloomberg.

Nearly 1 out of every 2 Asian residents in British Columbia experienced a hate incident in the past year. Not a figure worth bragging about in one of the most multicultural progressive cities in the Western hemisphere.

The tension between white liberals and Asian residents in Vancouver has been simmering for decades—COVID-19 was simply the catalyst. Asian immigration and money into the city transformed a struggling industrial backwater into a “glittering cosmopolis of luxury condos and designer boutiques,” reports Bloomberg.

Homes worth barely $300,000 in Los Angeles are worth millions of dollars in Vancouver and created tension and disdain from the white liberal residents. “Asians started buying up property in [Vancouver] and property value skyrocketed. It’s almost impossible to purchase a house now,” a Vancouver resident stated.

“The media works so hard to paint conservative white people as racist and yes, there is a percentage of racist white conservatives. But the amount of racist white liberals dwarfs anything I’ve ever seen. As a whole, they are incredibly racist, rude, narcissistic, violent, and pathological liars,” said Takata, who only wants to disclose his mother’s surname due to safety concerns.

“I fought against the Sea Shepherds and the Canadians years ago before [Japan] finally defeated them. When you hear black people say ‘White people are racist,’ that’s actually true, but to be more specific, white liberals are racist,” Takata added.

“Covid has just revealed what’s always been there,” 38-year-old Trixie Ling stated to Bloomberg. She is a Taiwan-born immigrant who runs a nonprofit called Flavours of Hope.

In 2020, Vancouver police documented 98 anti-Asian hate crimes, an increase of eightfold from a year earlier. For context, that was triple the number recorded in New York, and New York has the most anti-Asian attacks in the United States.

Most incidents do go unreported. However, a Vancouver-based pollster called Insights West discovered that 43% of Asian residents in British Columbia say they experienced a racist incident in the past year. Incidents ranging from racial slurs, physical assault, and property damage. Nearly half say they believe the racism will get worse, according to Bloomberg. 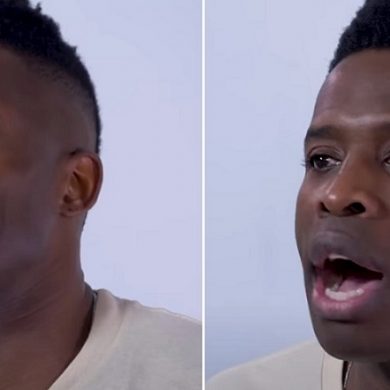