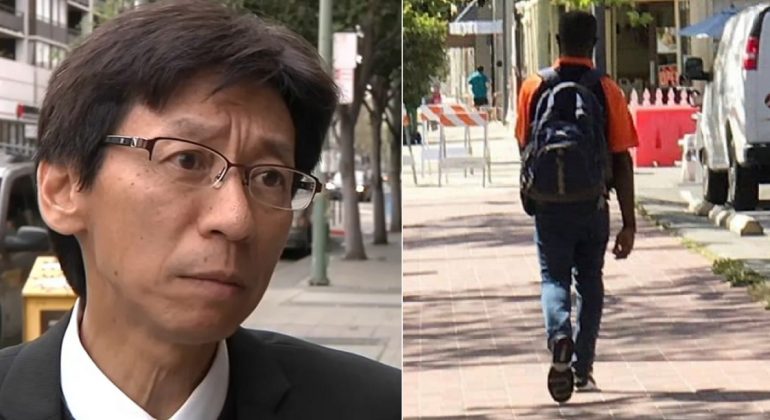 OAKLAND, California—Chinatown Chamber of Commerce president Carl Chan was physically attacked while on his way to visit an assault victim on Thursday, April 29 at 8th and Broadway around 4 p.m.

According to ABC7, Chan was hit in the head after being yelled at and called a racial slur before losing consciousness. Police responded to the scene and discovered Chan lying on the pavement and regaining consciousness.

Officers rendered first aid, but Chan declined medical treatment. He managed to take cellphone pictures of the suspect and showed them to authorities. The suspect was described as an African-American male wearing an orange shirt, blue jeans, and a backpack.

Based on the description, officers canvassed the area and soon detained an Oakland man nearby. Chan was able to identify his attacker in a field lineup, according to the East Bay Times.

The suspect was then arrested on suspicion of felony battery and taken into custody for questioning.  The exact charges are not yet known. It is not clear if hate-crimes charges will be filed based on the racial slur Chan heard before losing consciousness.

President Chan played a prominent role in pressing city staff to return foot-patrol officers to Chinatown last year, due to the uptick in violence toward the Asian-American community. He was also able to convince city officials to fund additional surveillance cameras, limit parking tickets, and dozens of other changes to help improve the community.