JEFFERSON COUNTY, Wisconsin—A biracial couple with the help of the Wisconsin Institute for Law and Liberty is suing the state over its “Minority Grant Program” because the college scholarship only applies to certain minorities in violation of the state Constitution.

According to The Federalist, in order to qualify for the taxpayer-funded scholarship, only African-American, Latino, Native-Americans, or “a person who is admitted to the United States after December 31, 1975, and who either is a former citizen of Laos, Vietnam or Cambodia or whose ancestor was or is a citizen of Laos, Vietnam or Cambodia,” are eligible.

Criteria that will exclude you from this program are if you’re: Chinese, Japanese, Thai, Indian, North African, Middle Eastern, Native Hawaiian, Pacific Islander, resident aliens from African, and Caucasian.

The two plaintiffs suing the state are Konkanok “Kiki” Rabiebna, a native of Thailand, and her husband, Richard Freihoefer. They have a son who will not qualify for this scholarship because he is Thai and Caucasian, reports The Federalist.

“America is a land of opportunity,” said Rabiebna. “Government programs must be available to everybody, not just certain racial groups.”

This racist program is aligned with progressive college admissions policies that are extremely anti-Asian. The Trump administration’s raid on Harvard forced the Ivy League to release documents that they have been hiding for nearly 20 years. It showed Asian students routinely destroyed every racial group in academics, but scored lower in personality traits.

Harvard stated all Asian students lack “leadership”, “courage”, and “likability.” Many progressives agree with that assessment.

However, the very same progressives who agree all Asians lack “leadership” or “courage” become extremely angry when you point out Asian-owned TSMC is nearly 10 years ahead of Intel, or Toyota is larger than GM, Ford, and Italian-owned Chrysler combined or the most decorated military regiment in American military history is the 442nd, a Japanese-American regiment. Pointing those out gets you called an “Asian supremacist.”

A 2018 study conducted by the Center for Equal Opportunity found that Ivy Leagues in the United States routinely discriminated against Asian-American students due to affirmative action quotas. Schools like MIT, Yale, and Harvard University.

“For the great majority of applicants, Asian Americans and whites have only one-tenth to one-fourth of the likelihood of admission as African American applicants with comparable academic credentials. Yale rejects scores of Asian American and white applicants each year based on their race, whom it otherwise would admit,” the DOJ.

The Federalist reports Wisconsin’s Minority Grant Program is funded by taxpayer money and distributes scholarships based on financial need. It awards between $250 and $2,500 to eligible students. During the 2019-2020 school year, about 729 students received money from the Minority Grant Program, totaling $796,255 in taxpayer dollars.

The grant program goes against the state of Wisconsin’s Constitution, which guarantees, “All people are born equally free and independent, and have certain inherent rights; among these are life, liberty and the pursuit of happiness,”

Feature Image via The Federalist 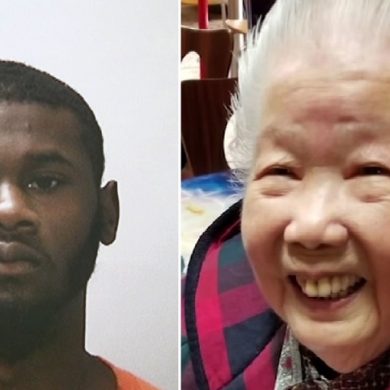