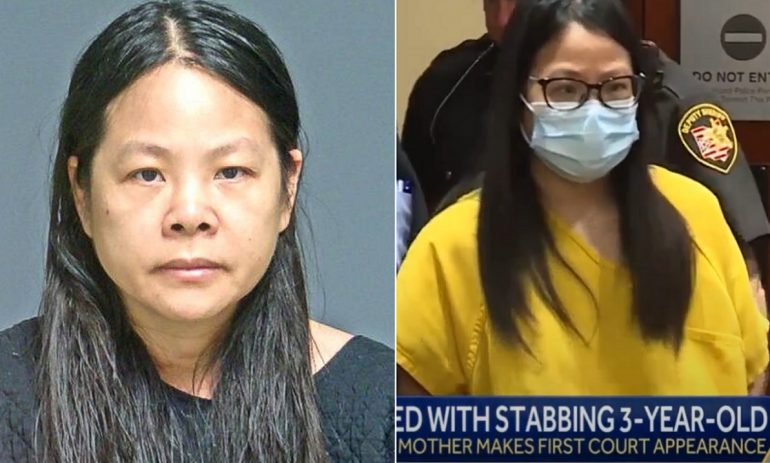 DEERFIELD TOWNSHIP, Ohio—Xiaoyan Zhu, 46, is accused of stabbing a 3-year-old boy who lived next door to her home with a ceramic knife was arraigned Thursday afternoon, April 8. She entered a not guilty plea.

Zhu had been hospitalized and was under evaluation since March after she stabbed her 3-year-old neighbor, according to Springfield News-Sun. She has been charged with felonious assault and doctors have now regulated her medication.

The judge also set a number of conditions to be met in order for Zhu to be released on bond, which includes electronic monitoring, having no contact with the alleged victim or family, and staying at least 1,000 yards away from the alleged victim, the family and their home, reports Springfield News-Sun.

Zhu’s daughter reported the incident, which occurred during an online classroom session with her teacher, who then called 911.

Authorities responded between 8:30 and 9 a.m. March 4 to a home on Charleston Park Drive after the victim’s mother and a teacher reported the stabbing. Police confirmed the boy had been stabbed with a ceramic knife by a neighbor, according to Springfield News-Sun.

The boy was taken to a local hospital with injuries that were not life-threatening.

“Somebody’s just stabbed my son,” the boy’s mother said in a frantic 911 call.

When the mother rushed outside, she saw her son walking around and crying. His back was covered in blood but stated his injuries looked more like scratches.

A spokeswoman for Mason City School District, Tracy Carson, said in a statement released on March 4 that the child was expected to make a full recovery and that a mental wellness team was at the scene along with deputies and was providing support to both families.