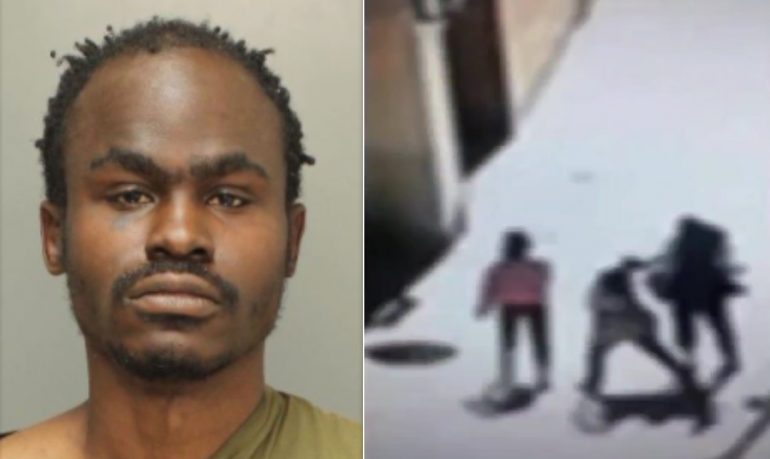 PHILADELPHIA, Pennsylvania—In the city of brotherly love, a brotha who happens to be homeless, was arrested after he allegedly attacked an Asian woman in Center City over the weekend. Police say the man walked up to a 27-year-old Asian woman, struck her in the face, and walked away without exchanging words.

CCTV footage showed 30-year-old Alex White walking toward two women on 11th street, near Filbert Street, in Center City around 2 p.m., Sunday. White struck one of the women in the face and walked away, according to CBSN Philly.

The 27-year-old Asian woman is recovering from the attack. However, authorities do not believe the attack was racially motivated because of the fact the suspect and victim did not exchange any words. Standards for a hate-crime are much higher if the victim is not African-American.

“It’s just sad that we’ve been to several anti-Asian hate rallies,” Squilla said. “It seems like these two individuals, women, walking down the street just doing nothing but going to a destination and for whatever reason this person decides to walk up and then crack them right in the head. It is very disturbing to see that,” Councilmember Mark Squilla stated to CBSN Philly.

“There’s people, we have community meetings throughout my district, that say the number of things they’re saying is they don’t feel safe to go outside,” Squilla said. “They feel like lawlessness is running rampant in the City of Philadelphia and it seems like there is no recourse for these actions,” Squilla added.