OAKLAND, California—The Vietnamese American Community Center of the East Bay, which has provided meals, education, and immigration services to the Oakland community for more than two decades, was damaged by an overnight fire on Saturday, according to East Bay Times.

The blaze broke out shortly after 1 a.m. and is believed to have sparked at a nearby homeless camp, according to NBC Bay Area. By 1:40 a.m., about 35 firefighters had put out the flames, which significantly damaged portions of the building.

Around 35 percent of the center was damaged, including the computer lab that they used for digital literacy lessons. It’s not yet clear how much of the center’s food was burned. The community center stores enough food for 50,000 meals at any given time.

Shirley Gee, the center’s executive director, said the fire was a setback but vowed to reopen on Monday and continue the group’s work, which includes delivering 30,000 meals a month for 2,500 clients, mostly seniors and families in need, according to East Bay Times.

“This is obviously a huge loss for the community,” Hunt said. “Thousands of residents rely on meals distributed by the center.” Oakland City Council President Nikki Bas said the center’s loss was “devastating” for the city’s Eastlake and the Vietnamese community.

“We were planning to come together at Clinton Park Sunday for Lunar New Year and will still come together for support, solidarity and safety for all our communities and in unity,” she said Saturday in a Twitter post.

Police have increased presence in and around Oakland and the greater Bay Area after a violent string of attacks and robberies geared toward the Asian community. 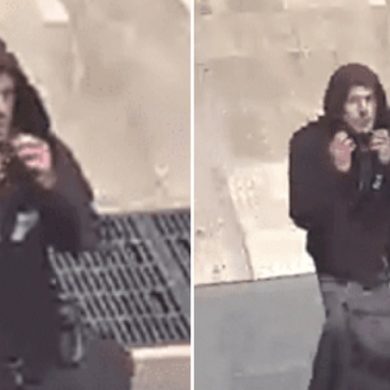