How the Japanese Defeated the Liberal Sea Shepherds

From late 2008 through 2015, one of the highest-rated reality shows on cable was Animal Planet’s Whale Wars. The show followed a group of liberal eco-terrorists known as the Sea Shepherds, aka SS, and their fugitive leader, Paul Watson.

The Sea Shepherds spent decades going after whalers around the world but not as brutally as they went after the Japanese whaling fleet and the Japanese people.

An exclusive interview with an associate for the Institute of Cetacean Research and Kyodo Senpaku tells his story. Please note, the Japanese are actively pursuing every remaining member of the Sea Shepherds, so for security purposes, this individual will be referred to as Mr. Takata.

It should also be noted during the Sea Shepherd’s ruthless and racist pursuit toward the Japanese whaling fleet, Norway, and the Danish protectorate Faroe Islands killed almost 3x more whales annually than the Japanese. By 2019, according to IMMP, Norway alone kills more whales than Iceland and Japan combined.

When bias-Hollywood was releasing documentaries about the Japanese slaughter of dolphins, which was around 15,000 annually at the time, the Latin American nation of Peru killed around 15,000 dolphins a year also, according to Ocean Care. “But the liberals didn’t like to mention that,” Takata says.

The Japanese have been sustainably and responsibly hunting whales for almost 1,000 years. Whales were hunted to near extinction by Europeans in the 19th century, not the Japanese. It should be noted the United States kills around 39 million cows and 120 million pigs a year, according to awell-fedworld.

Cow slaughter is illegal in India, it’s a sacred animal. Does that mean Indians have the right to fly into the United States and block the entrance to Farmer John’s slaughterhouse because Americans don’t share their values? No, right?

“I just want to point out I have a deep hatred for the Sea Shepherds and everything they believe in. They’re cowards, racists, and terrorists and when we ‘officially’ defeated them back in 2017, it was one of the most satisfying moments of my life,” stated Mr. Takata.

“When Watson wrote a poem stating the Japanese deserved the 2011 tsunami and all those deaths were ‘karma,’ I knew right then and there I would help destroy him, his kind, and everything that he holds dear. Liberalism is a disease. They claim to be righteous but they are the most racist group of people this world has ever seen.”

Why are the Sea Shepherds cowards?

“They targeted the Japanese because they look down on us. I can tell you tons of stories of Sea Shepherd members being threatened by Danish, Nordic, and Peruvian fishermen; many of them are my friends. Many Faroe Islanders would face the SS and literally threaten to slit their throats in their hotel rooms. Do you know what happened? The SS checked out of their hotel rooms and left the island.

I had one Peruvian fisherman who threatened to bash an SS member to death with a hammer. These brave ‘I would sacrifice my life for the poor whales,’ attitude disappeared very quickly.

We Japanese never threatened them or got into full physical confrontations like the Danish did and the SS knew it. They would walk up to Japanese female reporters and cameraman and verbally abuse them until they burst into tears. Male SS members would verbally harass female Japanese reporters. The same male SS members who didn’t have the balls to stay in their hotel rooms and wait for the Danish to show up and slit their throats.”

“These liberals are all cowards. When faced with real threats, threats made by individuals who would have enacted on those threats, they cower away like little children.”

In June 2015, the Sea Shepherds were forced to pay the Japanese whalers $2.55 million in damages. However, that sum will increase to an additional $3.32 million because of Japan’s legal fees and other undisclosed damages.

“The only way to defeat liberal terrorists is to launch a multipronged attack. We [Japan] threatened every European country who harbored the SS as well as Australia and the United States with various actions that would have made the SS more trouble than they would have been worth. The Europeans complied fairly quickly. The Faroe Islands, Norway, and Iceland kill far more whales than we do and the Europeans knew it. They saw the double-standard racism going on. And it was they who hunted these creatures to extinction levels but suddenly have the audacity to tell us our responsible hunting was ‘savage.’

“You then make the liberals turn on each other. It’s not hard. Almost all of them are bastards. Do you remember when our ship rammed the Ady Gil?”

Paul Watson intentionally sabotaged the Ady Gil, knowing it would be stranded in front of the Japanese whaling ship, which had the right-of-way. When the Ady Gil was struck, the ship was still salvageable, however, Paul Watson intentionally scuttled the ship. The anti-Japanese and anti-Asian sentiment was loud. The so-called progressives started bombarding Japanese embassies all over the world with death threats and notes that read, “We should have nuked you harder.” Paul Watson enjoyed every minute of it.

Ady Gil ended up suing the Sea Shepherds for $5 million. The SS settled outside of court for an undisclosed amount of money, reported TMZ.

The skipper behind the Ady Gil, Pete Bethune also sued the SS and won. Both parties settled outside of court. Pete Bethune offered to give all the money back on the condition Paul Watson would be connected to a lie detector and answer five questions by Bethune. Watson refused and just forked over the money.

“The hunt continues. We continue to track down these terrorists throughout Europe, Australia, and the United States. The security of Japan is at stake. I see myself as a Nazi hunter like those brave Mossad members from Israel. We have a lot in common, we’re both hunting former ‘SS’ members,” Takata said. 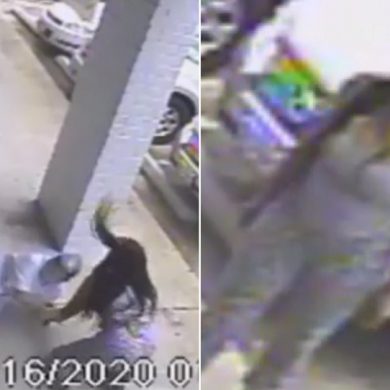