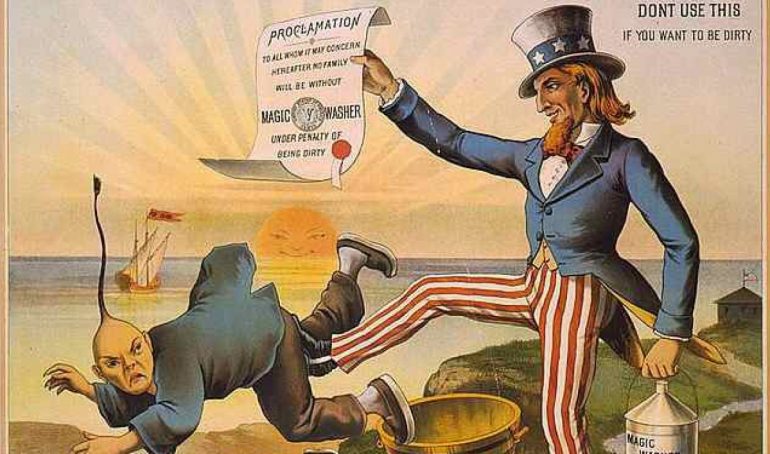 Many Asians are rejoicing about President Biden addressing racism and xenophobia our community has been dealing with. Racism and xenophobia toward Asians wasn’t just a “thing” for the last four years if you were naïve enough to think that’s when it started.

It’s been going on for hundreds of years. When I was a kid, it was anti-Japanese rhetoric. My grandfather got his Toyota keyed 3x in one year in the 80s. He even got racial slurs carved onto his driver side door. Japan wasn’t a communist country like China, yet Japan was viewed as the enemy and this was 1985, not 1941.

According to NBC, The memorandum issues guidance for the DOJ on how to better collect data and assist with the reporting of anti-Asian hate incidents. The measure comes after members of both the House and Senate sent separate letters demanding the department take action on the issue last year.

The DOJ didn’t take subsequent steps, though it has been proactive in similar circumstances. After the terrorist attacks of Sept. 11, for example, the Justice Department’s Civil Rights Division laid down a three-part plan to protect communities dealing with racist attacks. The plan included outreach to the communities, including Sikhs, Muslims, South Asians, and others who were targeted by discrimination. It also called for coordination of civil rights enforcement across agencies, according to NBC.

My grandmother got spit on by an ex-autoworker (who was black) who moved to Los Angeles from Detroit to look for work. This woman randomly walked up to my grandma at the supermarket and spit on her and called her a “jap.” A Latino A/C repairman showed up at our house and when we asked him to take off his shoes, he responded, “No way, I’m not taking off my shoes. You take that stupid Buddha head culture and shove it up your ass.”

These examples are not meant to belittle Latino or African-Americans, but to show you it’s not just white people.

Xenophobia and racism will get worse. As American pride and American innovation deteriorate (from their own doing by getting rid of meritocracy) and Asian companies from China, Taiwan, South Korea, and Japan continue to dominate, it will only perpetuate animosity toward us.

The racism we will continue to face will be from Caucasians, Latino, and African-Americans. As Caucasian-owned American companies get bought out or destroyed (like what Japan did in the 80s and early 90s), many Latino and African-American workers will blame us as they did back then.

America needs to be #1 and if not, ANYONE who is will be the enemy. It doesn’t matter if it’s England or India (i.e. America actually considered going to war with the United Kingdom because of her economic power, “War Plan Red”).

Feature Image via Library of Congress