NEW YORK—A trio is currently wanted by police in connection with a string of violent robberies inside and near a sprawling Queens park. The area is heavily populated with Asian-Americans, according to CBS New York.

Investigators say within this month the trio assaulted people and took their belongings, most often in the middle of the day, according to CBS New York.

After the first incident the suspects were seen driving away in a gold-colored sedan.

And police said a victim’s credit card was used at a nearby pizza place on Jan. 16.

CBS New York’s Dave Carlin interviewed some residents who said they like the path for exercise and to use it as a shortcut, but now they avoid it.

“My mom does use that path, just not at night,” Flushing resident Yi Yan added.

Residents have been reminded that the crimes took place in daytime hours three out of the four times, and police want everyone to be on the lookout for the three suspects, described as at least 16, but no more than 19 years old.

Police said one teen had on a dark-colored hoodie with white and red lettering on it, jeans and white sneakers.

Another wore a pink hoodie with a black jacket over the top, with black pants and sneakers.

The third had on a puffy blue coat.

Anyone who has information regarding this incident is asked to call the NYPD’s Crime Stoppers Hotline at 1-800-577-8477 or for Spanish, 1-888-577-4782. Tips can also be sent to the NYPDTips Twitter account or submitted online at NYPDCrimeStoppers.com. 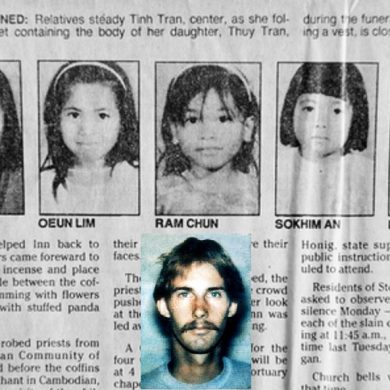