Asians in France Face Another Wave of Racist Attacks 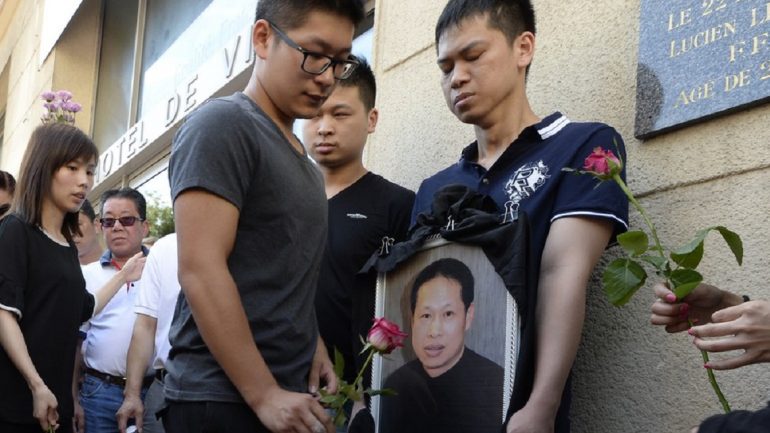 Almost immediately following French President Emmanuel Macron’s televised address to the nation at the end of October announcing a second lockdown across the country, a call to attack every Chinese person on the street began gaining traction on Twitter, garnering thousands of likes and shares.

“It’s a hunt for Asians, for slanted eyes and yellow dog-eaters”

“Put me in a cage with a Chinese I’ll have fun with them. I want to watch all their hope fade from their eyes.”

“Hitler should have killed all the Chinese, not the Jews.”

“You’re only good for bringing back disease.”

Shortly after the Tweet posted, brutal attacks occurred all across Paris. About 24 hours after the tweet posted, a male Asian student was assaulted while playing table tennis in the park with a friend (ping pong tables are common in Parisian parks). According to Le Parisien, his attackers shouted “dirty Chinese” while pepper spraying him.

These attacks against Asians are actually very common in France now. Asians are the No. 1 target by North and Central African migrants. They are often targeted for robberies, muggings, pickpockets, and other acts of thievery.

Sun-Lay Tan, spokesperson for Safety for All, a collective of 46 Franco-Asian associations in France stated to Vice, “Previously, Asians were targeted for their money and were victims of robberies and muggings. Now, it’s not even money. It’s just out of hate.”

Shortly after the ping pong table attack, a 37-year-old Asian woman who only wants to be identified as Francoise was attacked by a young couple who followed her off the city bus.

The couple went off on Francoise for coughing and followed her off the bus and attacked her; pulling her hair, spitting, and punching her in the face while yelling, “It’s because of you, you ch*nk that we have the coronavirus! Go back to China and eat dog!” reports Le Parisien.

The chaos in France is no laughing matter. The coronavirus has caused the collapse of Asian businesses in Chinatown, compounded with ongoing terror attacks have put France on edge.

If this sounds complicated enough, French and British news outlets often initially identify terrorists as people of “South Asian descent,” i.e. Pakistani. They do this to sound more “politically correct,” instead of calling the suspects North African or Arab.

Eventually, nearly all terrorists are North African or Arab, however, the media rarely corrects their mistake. You take that into account along with East Asians bringing the coronavirus and you have yourself a “hate cocktail.”

“They don’t understand why there’s so much hate. We are not responsible for the coronavirus and yet we’re insulted, assaulted and held responsible,” stated Laetitia Chhiv, president of the Association of Chinese Youth of France.