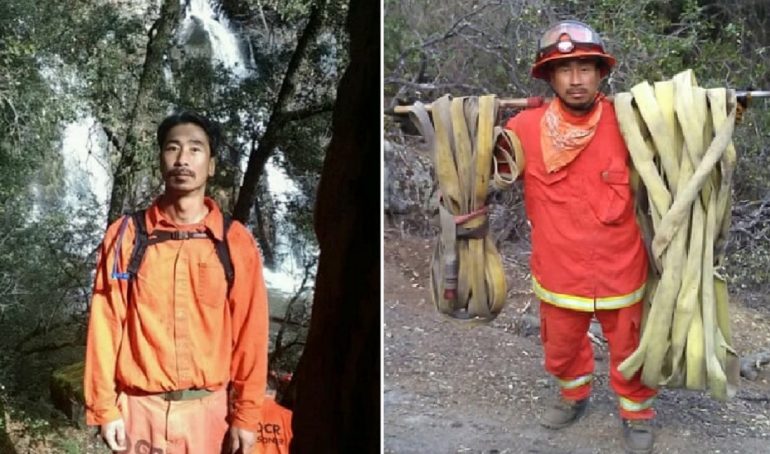 “I paid my debt to society, and I think I should have a chance to be with my family,” Saelee told The Guardian during a recent phone call from the Pine Prairie Ice jail. “What is the point of sending somebody back to a country where they don’t have no family? I would be frightened out of my mind.”

After serving a 22-year prison sentence, 41-year-old Kao Saelee was supposed to be released on August 6. His sister was waiting for him on the other side of the barbed-wire fence to take him home.

Instead of being released, California prison guards handed Saelee over to a private security contractor who then shackled his hands, waist, legs, and put him in a van and drove off, according to The Guardian.

Saelee was flown 2,000 miles to an ICE jail in Louisiana. He is now facing deportation to Laos, a country his family fled when he was only 2-years-old.

Saelee was born in Laos in 1979, the oldest of four children. His family is of Mien descent, an ethnic minority that sided with the United States during the Vietnam War. Saelee and his family were able to flee to a refugee camp in Thailand during South Vietnam’s fall and eventually ended up in California in 1987.

“His story is similar to that of a lot of south-east Asian refugee youth who got resettled in neighborhoods in California that had really high rates of violence, poverty, and incarceration,” explained Anoop Prasad, a staff attorney with the Asian Law Caucus (ALC), who is representing Saelee.

Life was hard. Saelee’s father kicked him out when he turned 18. He struggled with drug addiction and homelessness and eventually participated in an armed robbery and was arrested in 1998.

“I didn’t know nothing about the law,” Saelee said, recalling his confusion at court hearings and difficulties with public defenders. Saelee eventually signed a plea deal for second-degree robbery, firearm assault, and attempted second-degree murder, agreeing to a 25-year sentence. “I just wanted to get it over with, so I took whatever they gave to me.”

Korean Storeowner Attacked Back in February Has Died From His Injuries

As Saelee neared the end of his sentence, he was thrilled to get the opportunity to be an inmate firefighter, which he qualified for because of his good behavior. For decades California deployed thousands of incarcerated people to help firefighters fight wildfires.

According to The Guardian, California Governor Gavin Newsom said in his 2019 inaugural speech he would stand up against President Trump’s anti-immigrant agenda and help make California a “sanctuary for all,” state. That speech proved to be lip service. California is fully cooperating with ICE officials.

Saelee’s deportation case is currently in limbo. Laos does not recognize the citizenship of Mien refugees, which means ICE will be unable to deport him for the time being. As a result, Saelee remains in an ICE prison in Louisiana.

Feature Images via The Guardian