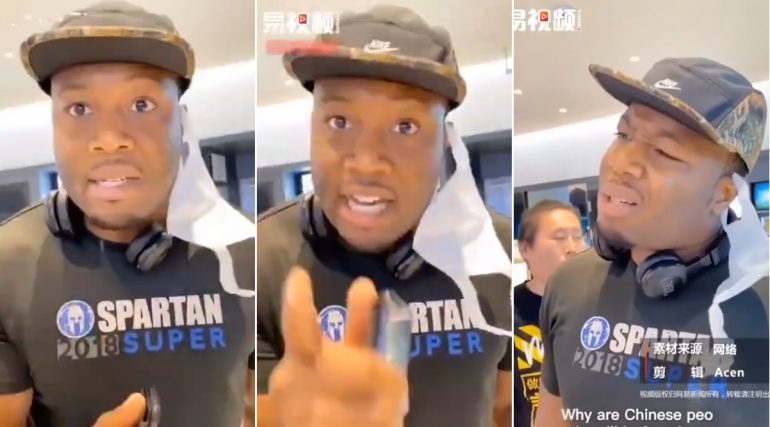 A video surfaced on Weibo (Chinese social media platform) of an African-American male who was caught stealing a box of bandaids from a convenience store in Shanghai, China, on September 13. The female cashier apparently began following the shoplifter once she witnessed the theft.

The female cashier replied, “You are swearing a lot.”

The shoplifter then interrupted the female cashier, “That’s right, I’m swearing a lot because I’m f**king American and you’re Chinese!” Insinuating even in China, an African-American is superior to a Chinese citizen.

A male employee quickly interjected and said, “This is a civilized country.”

The male employee then asked, “Why are you still here then?”

The Weibo clip cuts off at that point. Chinese officials are conducting an investigation. The African-American male was not arrested as of yet. It should be noted a Chinese citizen would have been arrested in that same situation.

According to the Shanghai High People’s Court:

Since the American shoplifter stole a relatively small piece of merchandise worth less than $10 (USD), if found guilty, he could serve up to 3 years in prison.