They call him the “Lobster Sourcerer.” Steven Wong sources the highest quality lobster for some of New York City’s best restaurants at his family-run business, Aqua Best Seafood Market, according to Eater.

“My mother and father started this business when I was just a baby. My father passed away when I was eight. Coming from the ground up, being poor, we used to eat leftovers for three days in a row,” said Wong.

“Working, as a kid, I remember eight, nine years old. You get off of elementary school around 2:30, 3 o’clock, and we used to work until midnight every day, even as a kid, just to help out the family,” Wong continued.

“I think a lot of people don’t realize how hard work you need to put in to get to where you are. Success is not just instantly overnight. You have to build upon it, layer by layer by layer,” Wong continued to explain.

“Selling lobsters is definitely a complicated process. I’ve eaten so much lobster in my life I can actually taste the difference in where they caught it.” Wong and his family have been selling and shipping diverse seafood to customers, many of whom are restaurateurs for some of New York City’s best restaurants for over 30 years, he explained to Eater.

Before the COVID-19 pandemic, Wong’s family business, Aqua Best Seafood Market, typically went through an average of 60 to 80 thousand pounds of lobster per week, and during the holidays, he would go through 150 thousand pounds. His company sells lobsters and other fish to 175 restaurants in the northeast, and even ships anywhere in the world in under 24 hours; “even in Singapore, which has the longest flight, like 19 hours.” 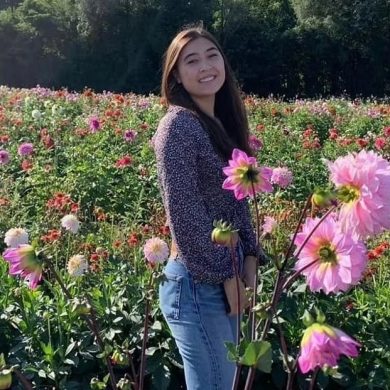