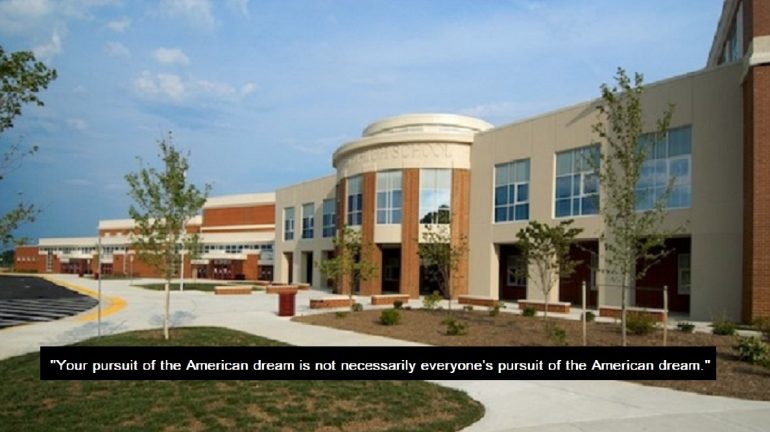 A group of mostly Asian-American parents filed a lawsuit on Tuesday, September 1, alleging that the school system in Montgomery County, Maryland, discriminates against Asian-American students in the admissions process, according to The Daily Signal.

The Asian parents organized into the Association for Education Fairness and are asking a federal court in Maryland to find that changes made in the admissions process violates the Constitution’s equal protection clause and to prohibit continued enforcement of the changes.

In 2017, the Montgomery school system implemented major changes in the admissions process. The administrators replaced the old process, which required a combination of cognitive test scores, grades, and teacher recommendations, with a new “field test” that uses a “secret formula” and takes into account a student’s “peer group.”

Within a year of this new admissions policy implementation, the Asian-American student population dropped. In 2017, 40% of students admitted into Takoma Park Middle School were Asian; in 2018, that percentage dropped to 31.4%.

“If you have a neutral and fair admissions process, we shouldn’t care what the racial outcome is. And we shouldn’t be manipulating it to get to the point where we want a racial outcome,” Chris Kieser, one of the lawyers for the Pacific Legal Foundation stated to The Daily Signal.

Without court intervention, children “will be denied the opportunity to compete for admission to…magnet middle school programs on an equal footing with other applicants on the basis of their race.”

Montgomery County is a predominantly affluent Democrat-run jurisdiction just outside the District of Columbia, according to The Daily Signal. Democrats do not believe in merit, they believe in racial preferences over merit, which by its very definition is racist. No race should be given preferential treatment. Let the test scores decide.

From 2017 through 2018, Asian-American students dropped at several gifted and talented program middle schools in Montgomery County after race was taken into consideration in the admissions process.

“Now, the county is entitled to and should take steps to help boost the opportunity of those who are underperforming to attend the magnet program,” stated Kieser.

“But it’s one thing to increase opportunity by offering test prep or increasing programs in the low-performing schools. It’s another thing to change the admissions process to prioritize low performers because you don’t like the racial balance of the school,” Kieser continued.

The belief in meritocracy fell on deaf ears to some school board members who have been battling Asian-American parents for years. They’ve become openly hostile toward Asian students and their families.

Multiple studies have shown the schools with more Asians enrolled did significantly better across all metrics than schools with fewer. Asian enrollment tends to cluster in a small number of schools, so changes in admission policies would end up excluding large numbers of high-performing Asian children, reported The Daily Signal.