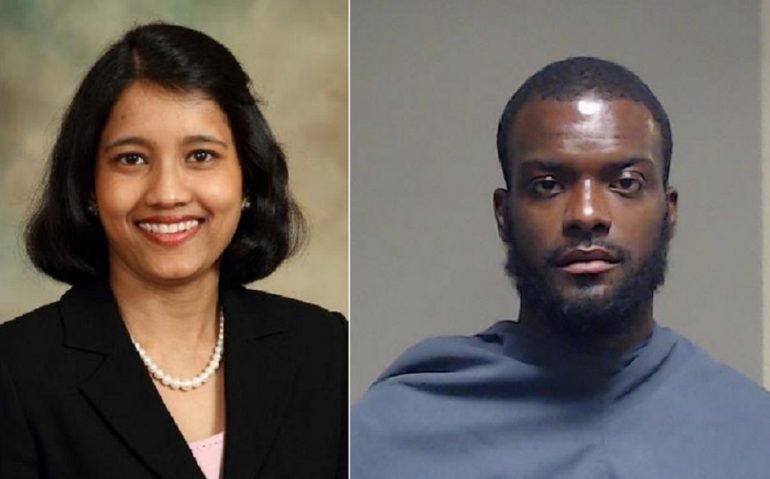 Police in Plano, Texas formally charged 29-year-old Bakari Moncrief for the murder of 43-year-old cancer researcher, Sarmistha Sen while she was out jogging on August 1.

Sen’s body was found later that day, less than two hours after starting her job near a creek close to her house. Police immediately classified her death as a homicide. An affidavit obtained by KCTV 5 News showed Sen’s cause of death was from “blunt force injuries.”

Moncrief was arrested for burglary on August 1 near where Sen’s body was discovered. Upon his arrest, the affidavit showed Moncrief had blood on his shirt as well as on his person. A later DNA test confirmed the blood was from Sen.

A burglary so close to Sen’s murder on the same day, similar timelines, and around the same area are rarely a coincidence and spotting blood on Moncrief’s shirt and body was enough to hold Moncrief on $10 million bond while DNA tests were being analyzed.

Sen was an avid runner and often woke up early for morning jogs around her neighborhood. Her husband, Roy Arindam, stated she was “brutally killed by a stranger for no apparent reason.”

Local residents paid tribute to Sen by dropping off pairs of running shoes near the site where her body was discovered.

A Ring doorbell captured the very moment Moncrief broke into a Plano home early Saturday morning. He can be heard saying at least twice, “I’m not a fu**ing coward.”

Moncrief made his way upstairs and removed a television from a table and set it on the floor. Detectives took “DNA swabs of the television and took a large piece of stone used to smash the glass for possible DNA evidence,” reports Fox 4.

Sen was born in Sindri, India. She then moved to Bangalore to get married and moved to Plano, Texas in 2004. She studied at UT Dallas and the University of Alabama Birmingham. Sen would later become a cancer researcher for the rest of her career. She leaves behind two children, ages 6 and 12, and her husband, according to CNN.

“Sarmistha lived a free and fearless life inspiring many with her infectious energy and carefree smile. Sarmistha was an avid runner, gardener and a great cook. She practiced healthy mindful living and she could cook extremely healthy food that tasted amazingly good,” her family stated.

“She was a trained singer of Indian classical music and loved to teach and perform music. She was passionate about cancer care and was a lifelong supporter of cancer research.”