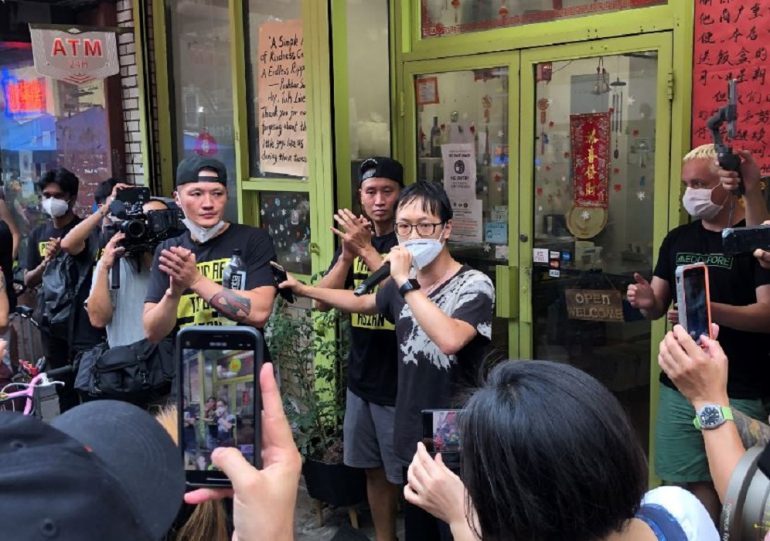 Although the Hate Crime Task Force has joined the investigation, the NYPD has yet labeled the attack a hate-crime, ABC7’s Cefaan Kim told AsAmNews.

Hundreds of people gathered for the Asian Unity March in Washington Square Park in Manhattan on Saturday, August 15. The rally was organized by rapper China Mac and actor William Lex Ham. This latest rally was directly responsible for the NYPD finally appointing their Hate Crime Task Force on the case.

Saturday’s rally kicked off with a series of passionate speeches. Actor William Ham reminded protesters, “Asians are the fastest-growing group in America but the least likely to vote and are the least engaged. We must register to vote and fill out the census.”

Ham continued, “Although Asian-American communities are incredibly diverse, the way we are treated in our country is generally the same. How many non-Chinese are called ‘ch*nk?’ How many non-Koreans are called ‘go*k?’ We will get nothing unless we unite and fight together. This is the rising of our collective Asian-American voice.”

Once the protesters reached Chinatown, the crowd gathered around 46 Mott Bakery. This was planned after an August 11 viral video showing Mayor de Blasio turning his back on the 46 Mott Bakery owner, Patrick Mock, after pleading for help.

The peaceful protest concluded at the 7th Precinct. China Mac addressed and emphasized both to demonstrators and police that he didn’t want to disrespect individual officers but only wanted the NYPD to take hate-crimes against Asian-Americans seriously, as they do with other groups.