On January 23, 2020, a five-story brick building located at 70 Mulberry Street, built in 1893 was severely damaged by a fire. The blazing inferno damaged the top three floors of the building, which served as a cultural hub for the Museum of Chinese in America, the Chinese-American Planning Council’s senior center, the United East Athletics Association, and the H.T. Chen & Dancers Company.

The building itself was built to be a public school, called “Public School 23” and served as a model for future public schools in New York. It was one of the first public schools to have a basement auditorium—specifically made to create an environment where the community can get together for town hall meetings.

The day after the fire, Mayor Bill de Blasio showed up and promised to work with the community to restore the original architecture of the building. However, it’s been over five months and once again, Mayor de Blasio broke another one of his promises to the Chinatown community.

Many Chinatown residents say Mayor de Blasio gave them next to no input in the ongoing construction talks, according to NBC News. Many didn’t even find out until May 14 that the city decided to tear the whole building down and replace it. The demolition process is already under way and is expected to be completed by October.

This type of behavior is unfortunately a common characteristic of Democratic Mayor Bill de Blasio toward the Asian-American community. From the moment he took office, he immediately went after the Asian-American student population at New York’s eight elite tech high schools. Often citing the schools are a cesspool of white supremacy because the student population is almost half Asian.

The total lack of transparency with Chinatown residents to save 70 Mulberry Street all the more reinforces de Blasio’s mission to push out what little Asian representation left in New York, so he could ultimately fulfill his plan to prohibit the 50 to 55% Asian student population in all eight elite New York high schools to around 25% and give more spots to African-American and Latino students who couldn’t past the entrance exams. 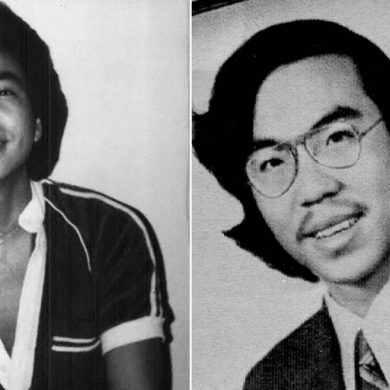