Viral Video Was A Comedy Skit & Not Real 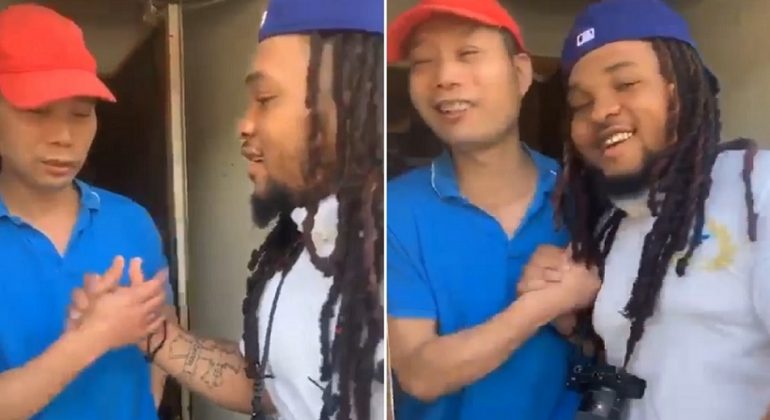 Anthony was seen mocking the owner of Yuan Yuan restaurant in Minneapolis after being a victim of looters and vandals the night before. In the video, Anthony looks like he was being cruel and patronizing the restaurant owner, stealing a bottle of lemonade, and then throwing the empty bottle back at the restaurant.

Although the video is genuine, it was heavily edited by other sources, which omitted crucial elements that would have shown the video to be a comedy sketch. Many people may not agree the comedic sketch was in good taste, but that does not erase the fact the viral video was a comedy sketch.

It turns out, Anthony is actually very good friends with the owner, he did in-fact, help the owner clean up after the looting and asked the owner for a favor to act in his comedic sketch. Once again, many find the choice of the comedy sketch distasteful, to say the least, including Anthony after receiving so much backlash.

Anthony released a video with the Yuan Yuan restaurant owner, proving to netizens they are indeed friends, it wasn’t what people thought it was, and he was not the “as*hole” portrayed in the video. It was acting, from both sides.

It is important to point out, Anthony (like every-single-one-of-us) is not a perfect human being. We make mistakes and we’ve all made bad decisions in our lives or did something to offend someone at one point or another. Anthony is only guilty of having poor taste in that particular moment and bad timing. He is not the person he portrayed himself to be in the sketch. It was acting.