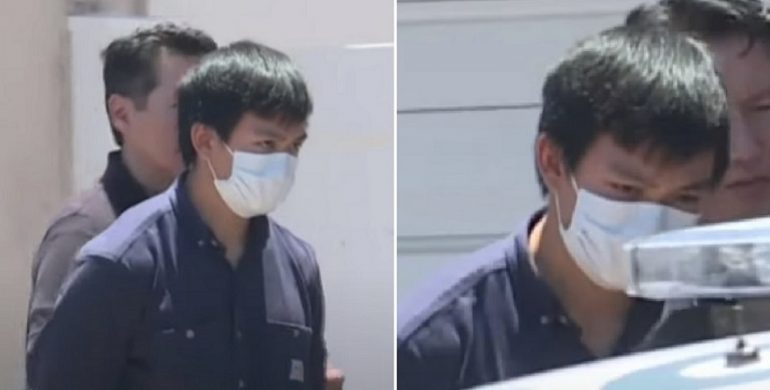 24-year-old Jason Fong, a former U.S. Marine for six years and now reservist was arrested after FBI agents and a SWAT team raided his mother’s house in Irvine, California on Wednesday, May 20 at the crack of dawn.

When asked what her son was like, Fong’s mother replied: “He maybe sometimes, his temper out of control, but he never threatened people’s lives.” Fong’s mother was very adamant that her son is a loyal citizen and a legal gun owner.

Irvine is the “Safest City in America” for the 14th straight year, according to the FBI. The city is also 50% Asian.

“I think this is kinda fascist, the government to do this,” Fong’s mother stated to CBS Los Angeles News.

FBI agents and Irvine police spent hours inside Fong’s house and boxes of rifles and ammunition could be seen through a half-opened garage door, along with Irvine PD’s supply of Dunkin’ Donuts stereotypically placed on tables for a free-for-all.

According to Fong’s mother, the FBI took an antique rifle, a handgun, and her son’s computer. Fong’s mother also stated her son offered to go back into active duty, but the Marines turned him down.