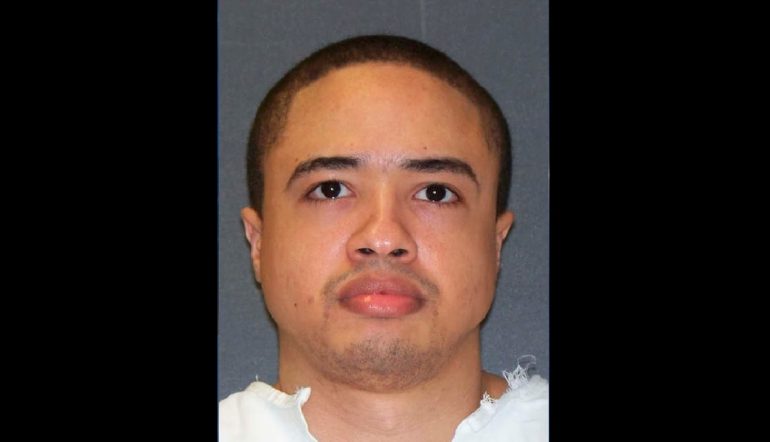 Dexter Johnson, 18-years-old in 2006 and four other accomplices kidnapped, carjacked, robbed, raped, and murdered 23-year-old Maria Aparece and her 17-year-old boyfriend Huy Ngo. In 2007, a jury convicted him of murder and sentenced him to death, since he was 18-years-old at the time of the crime—the death penalty was on the table. During his sentencing, Dexter threw a chair across the courtroom and had to be subdued by multiple bailiffs while his family members screamed in anger and threatened Aparece and Ngo’s family members inside the courtroom.

On June 18, 2006, Johnson, his best-friend Keithron Fields, 18, and Alvie Butler, 23, approached Aparece and Ngo who were both talking inside Aparece’s Toyota Matrix parked outside Ngo’s home around midnight. They threatened the couple with a shotgun and forced the couple into the backseat of the Matrix and drove them all around Houston. They demanded money, credit cards, and ATM pin numbers.

The five criminals drove Aparece and Ngo to a thick patch of woods. There, Johnson raped Aparece in the backseat of her car while Ngo was forced to listen to the sexual-assault on his knees outside the vehicle while the other four accomplices taunted him.

According to Prosecutors, Johnson and Fields marched a naked Aparece and Ngo about 60 feet into the woods and shot them both in the head. Johnson shot Ngo on the side of the head first. Aparece then screamed, “No!“ and covered her face. Johnson shot her in the top of the head.

Throughout the trial, Johnson’s defense team adamantly denied he marched Aparece and Ngo out into the woods. They maintained Fields and another accomplice were the ones who shot and murdered the couple. Johnson never denied kidnapping, robbing, and raping.

Two of Dexter Johnson’s accomplices are serving life sentences without the possibility of parole. Ashley Ervin and Keithron Fields.

Federal courts have twice stayed Johnson’s execution, the last one in 2019. Dexter Johnson’s legal argument is that his IQ is about 70, meaning he’s intellectually disabled and should not be executed. His lawyers also added he was mentally challenged with permanent brain damage. However, it takes a certain level of intellectual clarity to kidnap two people, rob them, and have enough common sense to drive to a secluded area and rape one of them to avoid drawing attention to oneself.

Dexter Johnson was meant to be executed on May 2, 2019, which was signed off by the 208th District Court. However, the 5th U.S. Circuit Court of Appeals ruled in August 2019, Dexter Johnson’s case should be sent back to a federal district after his attorneys successfully argued Dexter is intellectually disabled and lacked sufficient legal representation at the time. Local prosecutors, the Aparece, and Ngo families are currently fighting hard to reinstate Johnson’s execution as of May 2020.

Feature Images via The Houston Chronicle