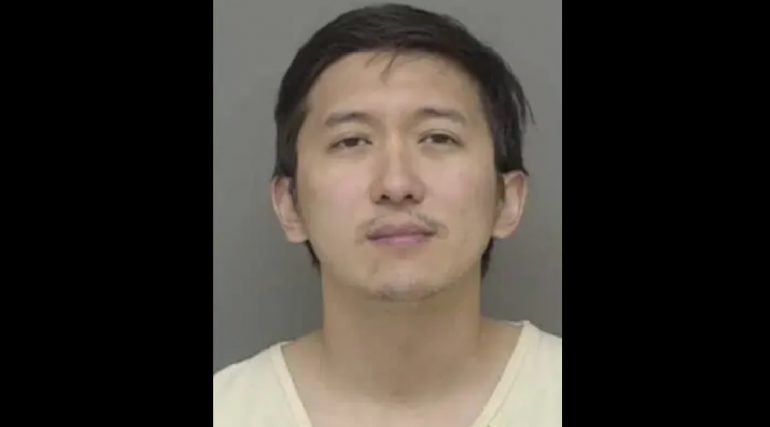 YPSILANTI, Michigan—An ongoing dispute between neighbors resulted in 6-year-old Coby Daniel getting shot in the arm. According to the boy’s father, the doctor explained that had the bullet been an inch in either direction, it would likely have killed Coby, according to FOX2.

This particular incident happened last weekend in Ypsilanti Township. According to the boy’s father, Arnold Daniel, his kids were outside on their bikes when they stopped and left one of their bikes in front of their neighbor’s home.

When 6-year-old Coby went back to get his bike, the neighbor came out with a sledgehammer in his hands and articulated something to the boy.

“He tried hitting me with a sledgehammer but that’s not going to work because I’m too fast. (Then he) got a gun and BOOM shot me right here,” Coby explained.

According to FOX2, The Washtennaw County Sheriff arrested the neighbor, Ryan Le-Nguyen, and charged him with assault with intent to murder. Three days later, Nguyen was released on a $10,000 bond.

Nguyen and Daniel have been feuding for some time with multiple petty quarrels in the past.

“I’m trying to figure out he got a bond so low for trying to kill my kid,” Daniel stated.

Daniel said his son Coby doesn’t entirely understand that he was nearly killed.

Professor Pleads Guilty for Trying to Torture Her Friend to Death

“Right now, he’s not even processing what happened. He doesn’t realize how close he came to not being here..but I realize it,” he said.

The judge gave him a $10,000 cash bond, which he made on Tuesday and was picked up by a family member.

The prosecutor’s office told FOX2 that they were shocked by the low bond and requested $100,000. An emergency motion to raise the bond has been filed.