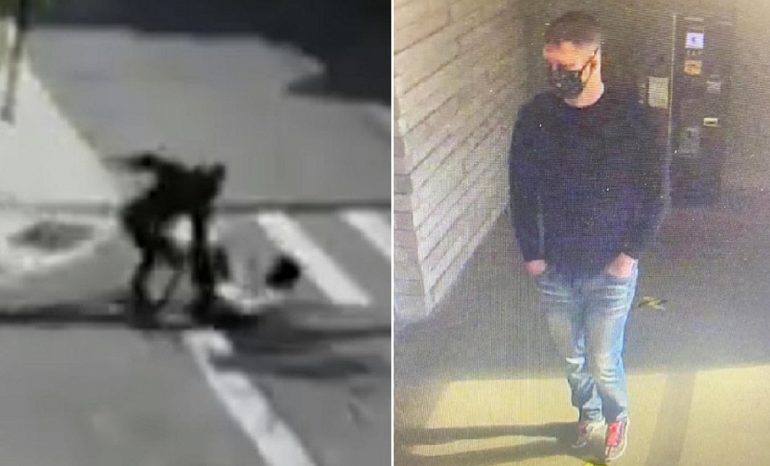 CINCINNATI, Ohio—The Cincinnati Police Department is saying the robbery of an Asian-American man on April 14 does not appear to be motivated by race or ethnicity.

The victim was walking down the 1400 block of Sycamore Street last Wednesday when the assailant in his 30s walked up from behind and started punching the Asian man in the back of the head, according to FOX19.

The victim fell to the ground and that’s when the suspect took his belongings.

“There is absolutely no indication that this victim’s race or ethnicity played a role in this incident,” police stated. The victim was robbed for other reasons.

A surveillance camera from an ice cream shop called Pendleton Parlor captured the brutal assault on April 14. They are offering a $1,000 reward for information that leads to an arrest, according to FOX19.

The suspect is described to be a Caucasian male, around 6’, 200 pounds with dark color hair. Soon after the assault and robbery, the suspect can be seen leaving the area in a new model light blue Nissan Altima with tinted windows and an Ohio temporary license plate.