Man Beaten, Robbed, and Stripped in Oakland Because He’s Asian 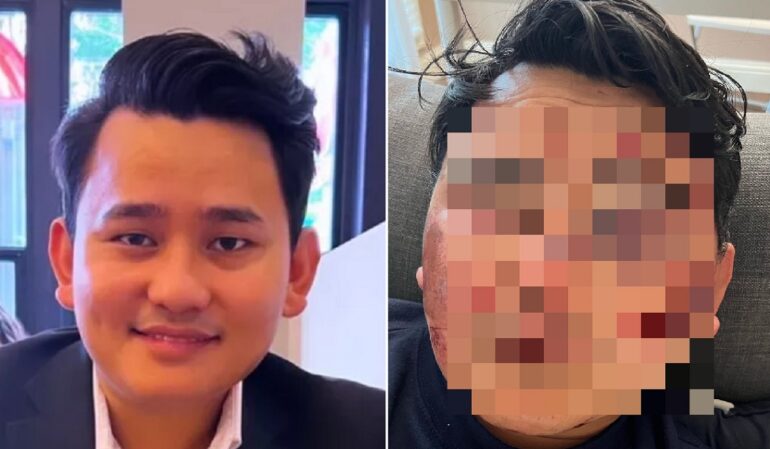 OAKLAND, CA—Sagar Tamang, 25, was grabbing a sandwich from street vendors after finishing work around 11 p.m. last Saturday, May 28, outside the Fox Theater in Oakland when he suddenly felt something hit the back of his head.

Tamang was knocked unconscious. He woke up in the hospital the next day, severely bruised and beaten.

The 25-year-old victim was left in the ally with only his boxers, T-shirt, and socks on. His phone, wallet, pants, boots, and long coat were taken from him as he was left unconscious on the street, according to his GoFundMe page.

Paramedics were called and he was transported to Highland Hospital. Tamang was treated for Level 1 trauma after being found face down with facial swelling.

Tamang believes he was targeted because he is Asian. He told ABC7’s Dion Lim, “I need to be vocal about what happened to me so late[r] on, younger people, or people from the Nepalese community can come forward.”

Tamang’s girlfriend told Dion Lim, “Because we are Asian, people think we are easy to rob, easy to assault, easy to manipulate and so anything they want. If it’s someone else, they wouldn’t do that. He’s a short Asian guy.”

Chinese Heading Back to China Because They Feel Safer There

Please donate whatever you can to his GoFundMe page, which can be accessed by clicking HERE

“We’re originally from Nepal and longtime residents from San Francisco who just moved to East bay. We have the right to feel safe where we live without constant fear. We will be using the funds for medical bills, neurological surgery, trauma therapy and lost wages from his job.”