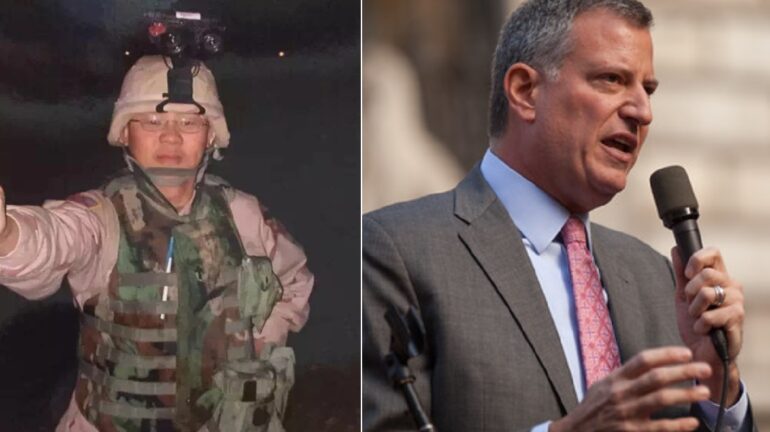 “It would be horrible if Bill de Blasio is elected to Congress,” Xiong told the New York Post on Sunday.

Nearly 20-percent of the population in the newly drawn 10th Congressional District is Asian-American. The district takes in Chinatown in Lower Manhattan and Sunset Park in Brooklyn, which has a large population of Chinese immigrants.

De Blasio announced last week he would be running for the 10th District House seat and so is Xiong. Many Asian-Americans in the community are dumbfounded de Blasio is even running.

“His policies don’t encourage students to study hard. He doesn’t understand why Asian-American parents care so much about their children’s education. This is good for our nation long-term,” Xiong told The Post.

Xiong, 57, does not believe de Blasio has a chance.

“De Blasio ignored Chinatown and Asian American community,” he said. “The Chinese community will not be ignored if I’m elected to Congress.”

De Blasio failed to protect Chinatown and the Asian community from the violent onslaught of perpetrators who continuously attacked and murdered members of the Asian-American community.

Man ‘Obsessed’ With Asian Woman Arrested for Her Murder

“I cannot think of a person more undeserving of the Chinese community’s support and our efforts than Bill de Blasio. Over the last eight years, he single-handedly destroyed Chinatown’s local economy, left us vulnerable to crime, and ruined our children’s education.”

The 10th Congressional District was created after maps drawn by Democrats were struck down by the courts for partisan gerrymandering, according to The Post.

Republican critics of the gerrymandering dubbed it the “Hochulmander” because Gov. Kathy Hochul approved it. A court-supervised special master ended up redrawing the maps.