INDIANAPOLIS, Indiana—Cung Cem was shot and killed while he was behind the wheel in traffic on South Meridian.

The shooting took place just before sunset Sunday night, January 17. That’s when a gunman shot from one moving car into another, killing the driver, according to Fox 59.

Cung’s fiancée was sitting in the passenger seat when the horrific incident occurred. She asked not to be identified but believes someone ambushed the couple for unknown reasons.

“I’m traumatized. Every time I close my eyes I see that,” said the victim’s fiancé. “It’s just so hard.  Why kill my fiancé? He was an innocent loving man.”

Cung’s fiancée tearfully explained that after being shot in the head, Cung was still breathing but unconscious before he passed away Monday night in the hospital.

“Seeing the love of your life being killed in front of you is the most hurtful thing you could ever experience,” said the fiancée.

Cung’s fiancée explained that their car was boxed in by a white car in front and a silver car to the left when someone shot through their window. She believes they were targeted, reports Fox 59.

“They were so close to us and going the same speed we were. Like basically it was a trap. We got trapped.”

Violence in the Asian/Burmese community is very unusual.

In 2020, only one of the city’s record-breaking 245 homicides involved an Asian victim. The “violence” usually happens outside the Asian community, according to Fox 59.

Cung’s fiancée didn’t get a good look at the shooter, but she’s positive the suspect was Burmese, the same as the victim.

The only homicide of 2020 with an Asian victim did result in an arrest, which means there were no unsolved murders involving Asian victims last year.

So far no one has been for this case, but anyone with information can contact Crime Stoppers at 317-262-TIPS. 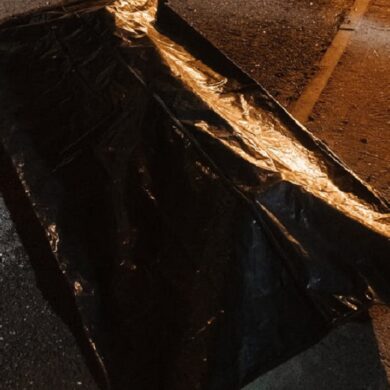