A new report shows Canada has more anti-Asian attacks per capita than the United States of America. According to the Chinese Canadian National Council for Social Justice, over 600 incidents have been reported since the start of the COVID-19 pandemic.

The report was released on the anniversary of the 1907 anti-Asian riots in Vancouver, Resonate reports. Amy Go, a representative of a Chinese social justice organization stated, “we have been consistently seeing a rise of anti-Asian racism.”

“The pandemic has just made it even worse,” Go added. “The insidiousness of white supremacy, the stereotype and racist views of Chinese and East Asian communities have not changed.”

Donald Trump’s leadership is largely blamed for the surge of anti-Asian attacks in the states. Therefore, it is only fair to point out the liberal leadership of Prime Minister Justin Trudeau has proven to be much more racist against Asians.

Trudeau’s failed leadership has set a poor example for the rest of his country.

According to the Chinese Canadian National Council Toronto, the most common form of harassment was verbal abuse, which was 65% of all cases. 30% of the reports filed were assault, which obviously includes physical violence, spitting, and coughing.

83% of the reports were made by East Asians. 45% of the time, the incident occurred to individuals aged between 19 to 35 years of age. 45% of these incidents occurred in public spaces, i.e. sidewalks or recreational areas.

Liberal Caucasians in the United States as well as Canada have traditionally been very racist and xenophobic toward Asians. From Democratic President Franklin D. Roosevelt who ordered hundreds of thousands of loyal Japanese-Americans to be sent to concentration camps during World War II to Republican President Ronald Reagan who finally paid reparations to all surviving Japanese-Americans on August 10, 1988, and personally apologized.

Tung Chan, CEO of the United Chinese Community Enrichment Services Society (S.U.C.C.E.S.S.) stated “it is a manifestation of an underlying situation.”

“Chinese, no matter how long they have been here—second, third, fourth generation—they are being viewed as at foreigners,” Chan continued.

“With this difficult situation that’s happening now, people are cooped up at home with no job and are worried about the future. They need to blame somebody.”

British Columbia has the most reported cases of attacks of any North American province state, or territory, according to Resonate. 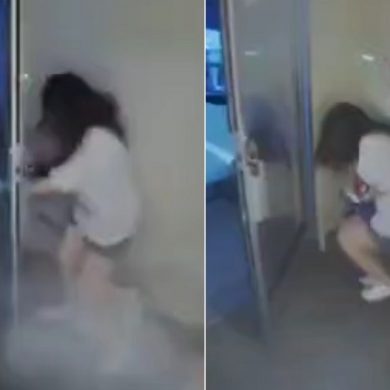