As an Asian-American voter, who is the better candidate? Former-Vice President Joe Biden or President Donald Trump. It’s not an easy pick. Both are alleged rapists. Tara Reade alleged Biden sexually assaulted her in the spring of 1993, in a Capitol Hill office building when she served as his staff assistant in his Senate office.

Both Biden and Trump are racist. Which racist do you prefer? The in-your-face, upfront racist like Donald Trump who tells you exactly how he feels and is so loud, you see him coming a mile away? Or the sneaky, slimy, racist who promises you the moon and the stars while keeping his fingers crossed?

In the spring of 1975, as South Vietnam collapsed, which marked the end to the Vietnam War, American forces began retreating and desperately tried evacuating hundreds of thousands of South Vietnamese families who assisted American forces throughout the war. However, the leading voice in the Senate opposing the rescue was then-Sen. Joe Biden.

Hundreds of thousands of Vietnamese lives were in danger. The South Vietnamese men who helped American forces faced execution while others were sent to re-education camps and tortured, but Biden insisted “The United States has no obligation to evacuate one—or 100,001—South Vietnamese.”

Republican President Gerald Ford argued in April 1975 “The United States has had a long tradition of opening its doors to immigrants of all countries…And we’ve always been a humanitarian nation. We felt that a number of these South Vietnamese had been very loyal to the United States and deserved an opportunity to live in freedom.”

Biden feverously objected to President Ford’s stance on Vietnam. Biden stated U.S. allies should not be rescued: “We should focus on getting them [US troops] out. Getting the Vietnamese out and military aid for the GVN [South Vietnam’s government] are totally different.”

The Senate Foreign Relations Committee recommended that the bill be passed by the full Senate, according to the Washington Examiner. The vote ended up being 14 to 3, Biden was one of three senators who voted nay. The conference report also passed the Senate where it was voted 46-17 and once again, Biden voted against it.

Saigon fell on April 30, 1975, and hundreds of thousands of South Vietnamese who were unable to escape, thanks to Joe Biden. They were sent to re-education camps, where many were tortured, abused, and killed.

Does Joe Biden care about Asians? No. He’s lying and his record proves he’s lying. If you’re willing to call Trump a racist for saying the things he said, then you should have no problem calling Joe Biden a racist for doing the things he did. Whatever promises he made to the Asian-American community, he’ll break them in a New York minute. “Fool me once, shame on you; fool me twice, shame on me.” 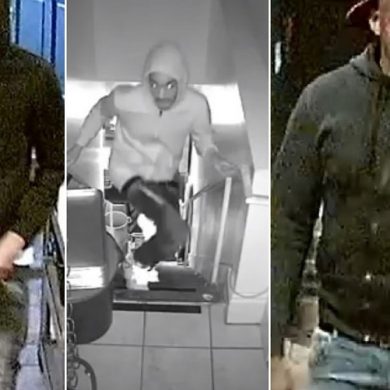 Caught in the Act: 3 Men Ransack Restaurants in Koreatown