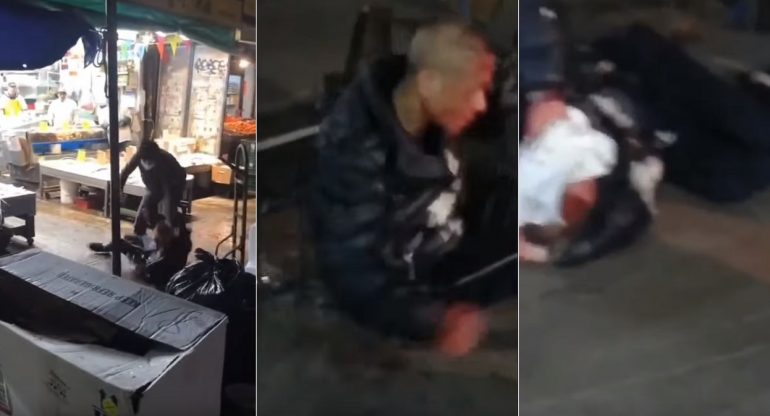 Li Qianyang, 48, is fighting for is life after being stabbed over a dozen times on 8th Avenue in Brooklyn around 7 p.m. on Saturday. Warning: Video is Graphic

It was initially believed Li Qianyang may be the target of a hate crime because both victim and assailant were wearing surgical masks, but New York Post sources stated “absolutely no nexus between the attack and the coronavirus.”

An unknown assailant stalked Mr. Li and attacked him from behind. Li suffered multiple stab wounds in the back, arms, chest, and head before the suspect fled the scene. One of Li’s stab wounds punctured near his heart. Mr. Li eventually ended up in front of a cellphone store and according to the New York Post was rushed to Lutheran Medical Center for emergency surgery. It is very likely he will not survive.